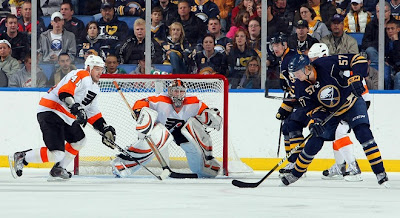 photo courtesy of Dave Sandford/Getty Images
3. Faceoffs
All in all, the Flyers were average in the faceoff circle last year. That doesn’t sound terrible, so why the need for major improvement? The thing to note is the Flyers’ centers were awful when it counted: defensive zones draws while shorthanded, offensive zone draws on the powerplay, key moments late in games, etc. Faceoffs are one of those little things in the game that often go unmentioned and underappreciated but have a huge impact on the ice. Keep an eye on this throughout the season.

Read more »
Posted by Adam at 6:29 PM 0 comments
Email ThisBlogThis!Share to TwitterShare to FacebookShare to Pinterest 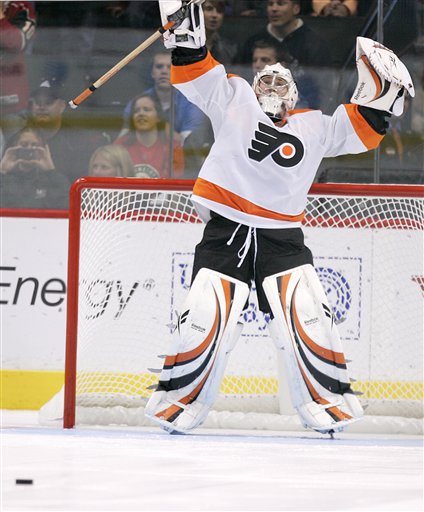 photo courtesy of AP Photo/Andy King
Posted by Chelsea at 4:18 PM 0 comments
Email ThisBlogThis!Share to TwitterShare to FacebookShare to Pinterest 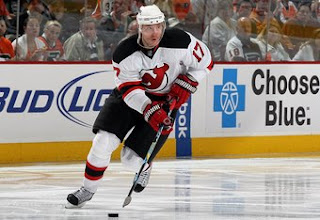 Photo Courtesy of: Jim McIsaac/Getty Images
Just when you thought it might finally be over, you hear the news: Ilya Kovalchuk is officially a free agent (again).

As promised, the outcome of the Kovalchuk fiasco between the NHL and NHLPA was announced today.

The arbitrator, Richard Bloch, decided to uphold the league's decision to void the Russian sniper's 17-year deal with the New Jersey Devils.

Bloch called it "a retirement contract," and claimed that the deal went "well beyond the typical retirement age for NHL players."


The NHL released this statement regarding the contract grievance:

"We want to thank Arbitrator Bloch for his prompt resolution of a complex issue. His ruling is consistent with the League's view of the manner in which the Collective Bargaining Agreement should deal with contracts that circumvent the Salary Cap."

Read more »
Posted by Adam at 8:15 PM 0 comments
Email ThisBlogThis!Share to TwitterShare to FacebookShare to Pinterest 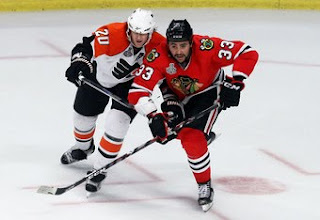 Photo Courtesy of: Jim McIsaac/Getty Images
105 games later, it's no surprise that the Black and Orange have become the Black and Blue.

According to several sources (and broken by Tim Panaccio of CSN Philly), both Chris Pronger and Dan Carcillo are currently recovering from successful offseason surgeries.

Last week, Pronger had arthroscopic knee surgery and Flyers general manager Paul Holmgren is confident about the timetable of his return.

"Chris Pronger had minor surgery on his right knee... He will be ready for the start of training camp."

It hasn't been confirmed when Carcillo had his abdominal and stomach surgery for his sports hernia, but it looks like he should return in time for the season as well.

These latest surgeries can be added to the Flyers' typical laundry list of offseason procedures.